How much is a gram of weed? Where to shop

The nationwide average cost for a gram of weed is $14 this spring, about the same as you paid at this time last year.

Overall, the price for a gram of cannabis has remained fairly steady in 2019. March was the only exception when it inched up to an average of $15.

But the true price you’ll pay depends on more than just the quantity. What you’ll spend for a gram varies based on where you live, what strain you’re purchasing, the dispensary and even the season.

Undoubtedly, finding the best prices on a particular strain of cannabis or cannabis products can be difficult to do without a proper tool.

Fortunately, you can use our marijuana price comparison tool to find the cost for a gram in your area.

In order to get you started, we’ve done the math and broken down the cost for a gram of marijuana in seven cities throughout the nation. And we’ve also located where you can find some of the best deals.

How much is a gram of weed? Here are average prices for this spring and where to shop: 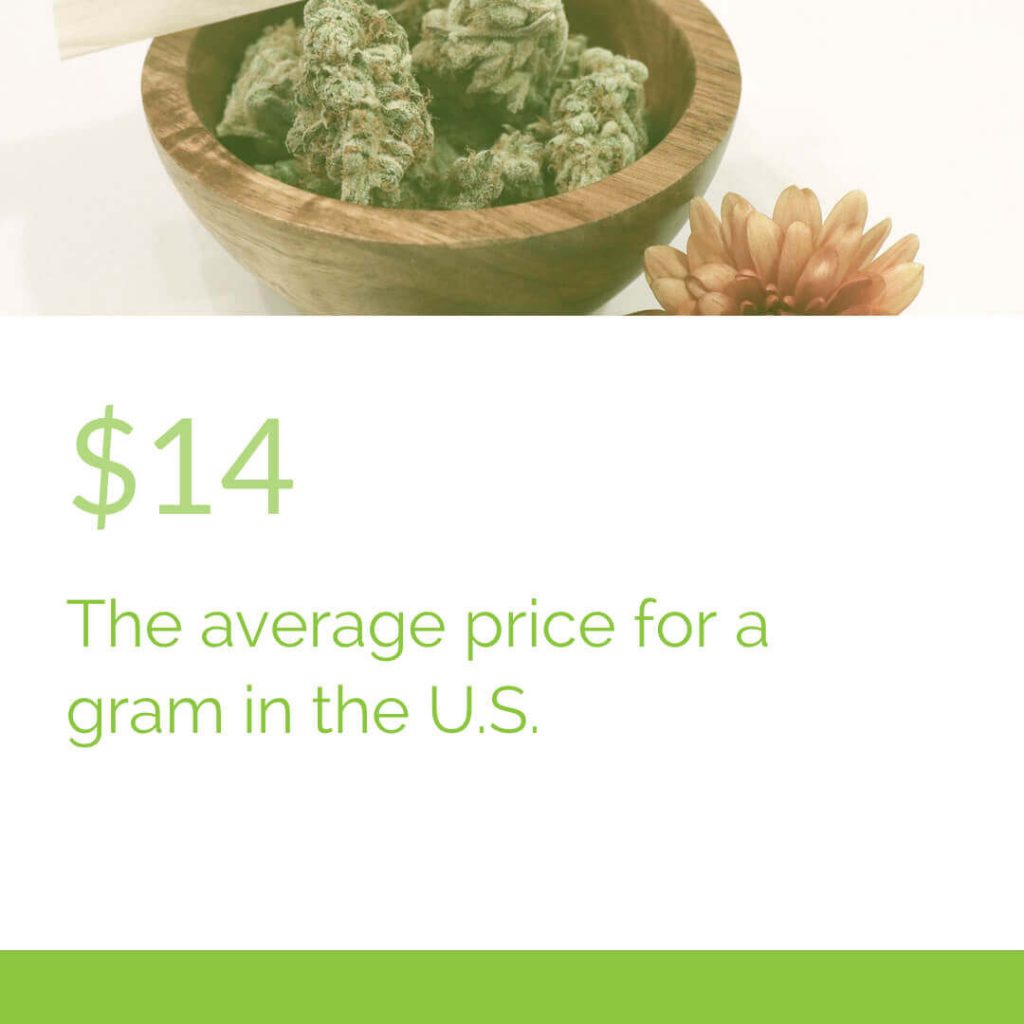 Price for a gram in Denver

You can expect to pay an average of around $9 for a gram in Denver. But remember, that’s the average. You can find several dispensaries offering better-than-average deals.

Make sure to shop around for deals in Denver — you’ll find at least a few dispensaries offering a gram for less than $10. Comparison shopping can save you somewhere around $2 per gram, which adds up if you’re a frequent user.

Price of a gram in Portland

It’ll run you an average of $6 to pick up a gram in Portland. But you’ll find some dispensaries offering a gram for as low as $5. That means you can save at least $1 per gram.

Price of a gram in San Francisco

It’ll cost you an average of $18 for a gram in San Francisco. Not surprisingly, San Francisco is one of the more costly cities on our list for purchasing cannabis. Yet it’s still possible to find some great deals. You can pick up a gram from some dispensaries for an average as low as $10.

Price for a gram in Seattle

You’ll pay around $13 on average in Seattle for a gram. But you can find at least a few dispensaries offering a gram for less. In fact, you can pick up a gram for as little as $10 on average.

Price of a gram in Los Angeles

You can expect to pay an average of $12 per gram in the City of Angels. But you can find dispensaries offering a gram for as little as $8 on average. That’s a savings of at least $4 per gram if you shop around.

Price of a gram in Phoenix

You can expect to pay an average of $11 in Phoenix for a gram. But look for dispensaries offering averages as low as $8 per gram. If you pick up a gram per week, you can save somewhere around $20 or more per month.

Price of a gram in Las Vegas

The average for a gram of cannabis in Las Vegas is $15. But it’s possible to find dispensaries offering a gram for as low as $13 in Sin City. 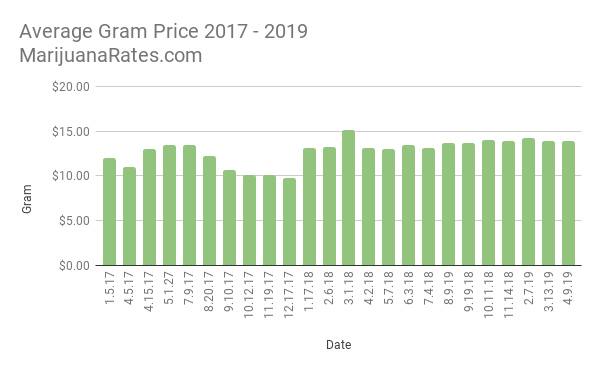 Here’s the average price for a gram of weed over time:

Keep in mind that shopping around for the best deal is crucial. These are simply averages in each state. Comparison shopping can save you anywhere from $30 per year to well over $3,000 in some cases.

For instance, while the average for a gram in Los Angeles is $12, you can find dispensaries offering a gram for as low as $10. That’s the same in Portland and Seattle.

You can use our price comparison tool to find marijuana dispensaries in your area of the nation.

Remember, growers aren’t all the same. While many are now growing hydroponically, there are still some using the traditional outdoor method. And a particular strain at one dispensary might be more enjoyable than the same strain at another dispensary.

Fortunately, there’s a great way to try out different dispensaries without breaking the bank. Many dispensaries offer daily, weekly and monthly deals on certain quantities and strains.

Becoming a member at your favorite dispensary can also save you some major cash — somewhere around 10% or more.

But dispensaries quickly run out of the most popular strains. Give your local dispensary a call, or email, to see if they have a particular strain in stock before you make the trip.

If you’re in the market for straight CBD, there are now plenty of places online that will ship it straight to your doorstep — no need to visit a dispensary.

One of our favorite stores is CBDistillery. It offers a wide variety of CBD products, from tinctures to salve.

Of course, if you’re looking to do some comparison shopping, here are some of the safest places to purchase CBD online.