Nevada marijuana prices for Summer 2018: Where to shop

And keep in mind that prices vary by city, strain, season and other variables.

Right now you’ll pay the most on average if you live in Henderson. But that doesn’t mean you won’t be able to find some great prices on top cannabis strains, concentrates and edibles.

You can use our cannabis comparison tool to find the best deals in your area.

The legalization of recreational cannabis in Nevada caused the tax on wholesale cannabis to jump up drastically. And it’s still rising.

In addition, Taracki notes that cultivators in the state are having a lot of issues with humidity. And around 40% of marijuana crop is failing tests for microbials, making it tough to meet demand. 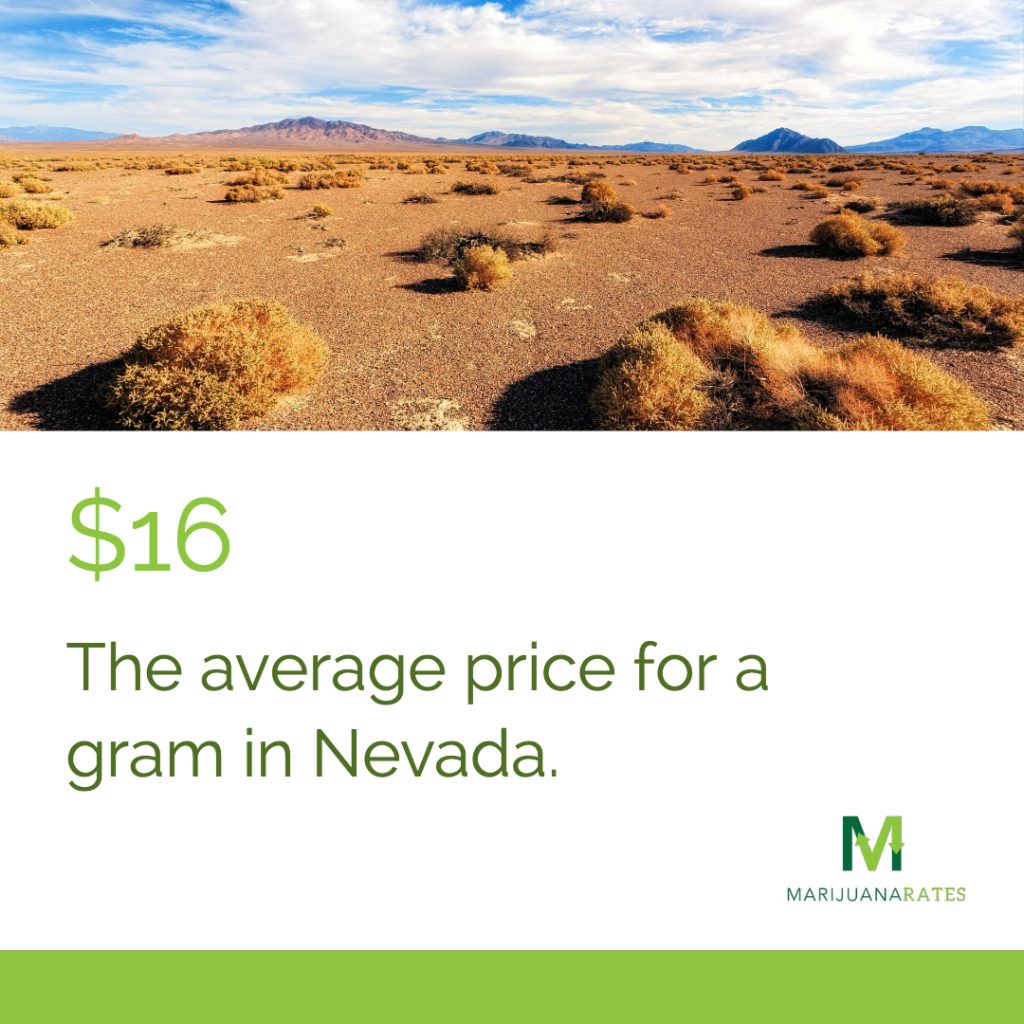 You can pick up a gram of cannabis in Las Vegas for just $15. But there are at least a handful of dispensaries offering rates below that average. You’ll save even more on larger quantities. In fact, if you’re buying an ounce per month, you can save nearly $350 or more per year just by comparison shopping.

If you’re in the Reno area, expect to pay an average of around $15 per gram. It’ll cost you an average of $320 for an ounce. But shopping for deals can help keep your costs down. In fact, if you pick up an ounce per month, you can save somewhere around $700 or more per year.

Henderson is one of the more expensive cities in Nevada to buy cannabis. The average per gram is $18. And the average per ounce is $330, or around $10 more than in Las Vegas or Reno. Comparison shopping can save you somewhere around $300 or more per year, assuming you buy an ounce per month.

What to look for in a dispensary

Mikel Alvarez, Director of Retail Operations for TerraTech, points out that this is very subjective. “Each patron is looking for something different for the most part,” he says.

But make sure you’re speaking with a trained budtender who will be able to listen to your needs and help choose the right products.

“This is very important, because each product is a little different and we want to make sure that you understand what you will be consuming,” Alvarez notes.

If you want to find the best deals, the best strains and the best quality, comparison shopping is crucial.

Comparison shopping at dispensaries, in some cases, can save you more than $1,000 per year, depending on what and how much you’re purchasing.

Use our cannabis comparison tool to find the best deals in your area.