If you’re in the market for some OG Kush, you’re certainly in good company. It’s possibly one of the most famous strains in the world. And demand is high. So when it comes to OG Kush prices, you can expect to shell out an average of $13 per gram, or $242 an ounce.

But what you’ll pay depends on where you live.

That makes it crucial to shop around for the best deals. But make sure to keep quality in mind as well. Sometimes you really do get what you pay for.

Here are the average OG Kush prices in six cities:

Here’s where to get the best OG Kush prices in six different cities: 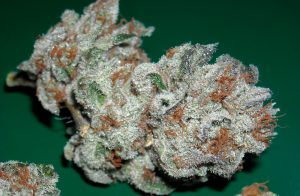 You’ll pay an average of around $14 for a gram of OG Kush in Denver. For an ounce, the average is around $242. But there are several dispensaries offering rates lower than those averages.

Expect to pay an average of around $12 for a gram of OG Kush in the City of Angels, $213 for an ounce. You can find dispensaries offering better-than-average deals, though.

The average for a gram of OG in Seattle is around $13, or $276 an ounce. But the are several dispensaries offering great deals.

The average of a gram of OG Kush in the Phoenix area is around $12. The average for an ounce is $300. Yet you can still find dispensaries offering deals for much less. Before you buy, make sure to comparison shop.

The average for a gram of OG Kush in the Portland area is around $13. You’ll pay about $250 for an ounce. But keep in mind that Portland has one of the biggest supplies of OG Kush, making it more of a buyer’s market. You can almost always find it for less than average.

San Francisco is one of the most expensive cities for marijuana. Expect to pay an average of $17 for a gram, $318 for an ounce.

We talk about it a lot here. But that’s because comparison shopping is crucial when it comes cannabis. It’s no different than shopping for anything else. You can save thousands of dollars a year simply by shopping around.

You can use our search tool to find prices in your area of the country.

Many dispensaries offer daily, weekly and monthly deals on certain quantities and strains.

Keep in mind that dispensaries quickly run out of the most popular strains. Give your local dispensary a call, or email, to see if they have a particular strain in stock before you make the trip.