Oregon marijuana prices in 2019: Where to shop

Marijuana prices in Oregon are falling this year. The average for a gram is currently $11, where it’s been all year. But the average for an ounce is down to $211.

There’s a heavy surplus of cannabis in the state. In fact, there’s more weed than Oregon’s 4 million residents could ever hope to smoke.

That’s because there are about 2,100 grower licensees in the state and enough weed that it would take around 6.5 years to sell it all in Oregon, according to a 2019 Oregon Liquor Control Commision report. And that’s without any more production.

That excess of cannabis has driven down prices drastically. It’s now possible to find a gram for as low as $3. 😮

Needless to say, it’s a good time for consumers in the state looking for high-quality cannabis at a very affordable price.

Keep in mind that marijuana prices vary by city, season, strain and other variables. 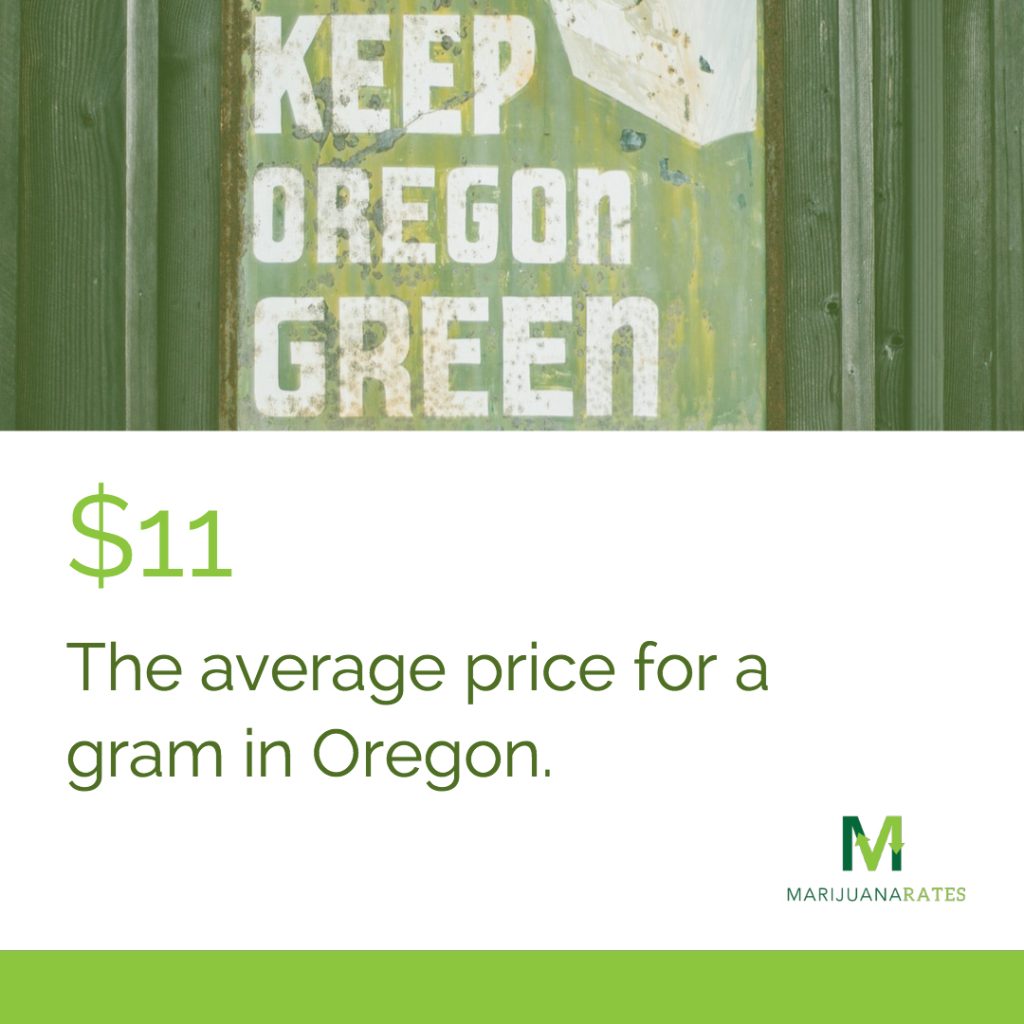 You can pick up a gram of cannabis in Portland for an average of $13. The average for an ounce is $197. But there are at least a handful of dispensaries offering rates below that average. If you’re buying a gram per week, you can save more than $200 per year just by comparison shopping. You can save even more by actively searching for deals.

If you’re in the Eugene area, expect to pay an average of around $10 per gram. That average moves up to $211 for an ounce. Comparison shopping can save you more than $100 per year, if you pick up a gram per week.

The average cost per gram in Bend is $11, while the average per ounce is $217. Comparison shopping can save you somewhere around $156 or more per year, assuming you buy a gram per week.

If you’re looking for a gram in Beaverton, expect to spend an average of $11, or $218 per ounce. If you purchase a gram per week, shopping around could save more than $156 per year.

Comparison shopping is crucial if you want to find the best deals on cannabis, the best strains and the best quality dispensaries.

You can potentially save more than $1,000 per year on your favorite cannabis strains — depending on how much you purchase — just by shopping around.

Beware of buying on the black market

According to Paul G., a grower in Oregon, a lot of the cannabis available on the black market can be covered in pesticides and really should not be smoked. That goes for products at some dispensaries as well.

And, “If you aren’t going to buy from a dispensary because of the prohibitive cost of their quality cannabis strains, it is really important to find someone you trust,” he notes.

Get in touch with someone who grows high-quality cannabis without chemicals, he says.