It’s National Relaxation Day. And what better way to celebrate than to pick up some cannabis (or have it delivered), sit back and relax with your favorite strain, wax or concentrate.

In honor of National Relaxation Day, we’ve put together a list of some our favorite deals in five different recreationally legal cities. 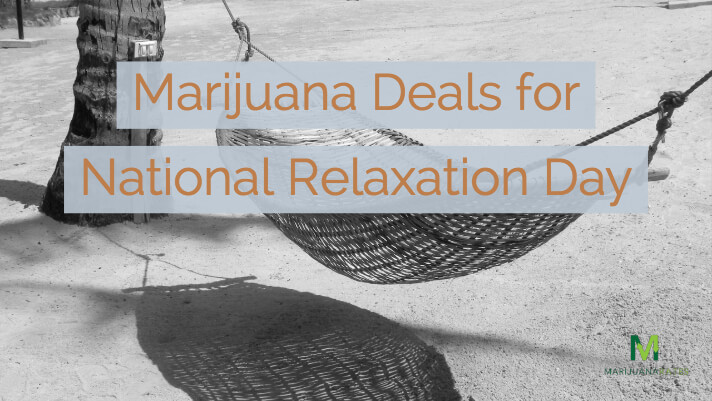 You’ll find a number of dispensaries offering great deals in the City of Angels. From discounts on delivery and wax to happy hours, there’s something for everyone. You can expect to pay an average of $12 per gram, but look for deals on delivery, wax and more.

Here are a few deals to check out in Los Angeles:

If you’re living in Portland, the land of dispensaries, you certainly won’t be disappointed on National Relaxation Day if you’re in the market for some deals. Expect to pay around $12 per gram on average, but look for deals on concentrates and eighths.

Here are a few deals to check out in Portland:

Seattle has plenty of deals going on, where on average you’ll pay around $12 for a gram. With some shops offering up to 50% off select products, you’ll also find deals on wax and happy hour specials.

Here are a few deals to check out in Seattle:

Denver is one of the least expensive cities to pick up some cannabis. In fact, you’ll only pay $11 on average for a gram. Even so, there are some great deals to be found.

Here are a few deals to check out in Denver:

When it comes to recreational marijuana prices, Las Vegas is one of the most expensive cities. You’re looking at paying averages of $15 per gram or $319 per ounce. Lucky for you, there are some dispensaries offering great deals.

Here are a few deals to check out in Las Vegas: